There are many moments when I hear the echoes of my father and mother calling on America and its citizen to live up to the destiny of democracy.  Yet, as we look to move into a new decade in 2020, I am also deeply concerned that we did not adequately take heed to their voices and others that called on us to make the type of changes that offer all of America’s citizens freedom.  If we were to accept the number of images that bombard our social, local and print media outlets each day, capturing racial incidents, disparities and injustices, we must understand our nation is in crisis.  Though others may argue we have made strides in race relations, we cannot deny those efforts have failed to ensure that all Americans are provided the peace that their race will not be weaponized or used to justify aggression against them.  Further, as we examine the challenges to voter rights, the conservative shift of the Supreme Court and many other challenging changes, many are concerned that we are moving to repeat history for the worst rather than change history for the better.

As my father once said. “we are now faced with the fact that tomorrow is today. We are confronted with the fierce urgency of now. In this unfolding conundrum of life and history, there “is” such a thing as being too late. This is no time for apathy or complacency. This is a time for vigorous and positive action.”   The urgency to end children being poisoned by their environments, the urgency to end people fearing entering their spaces of worship, the urgency to end police brutality, the urgency to end the phobias, the urgency to end the isms and all things that keep us divided as a people is NOW.  We are now at a critical juncture in history that demands 50 years from now, we cannot still be examining or accepting these issues as the norms of America.  We must be willing to step boldly into the next decade prepared to examine both the lessons and errors of our past in order to chart the course for a better future.  Racial discourse, acts of hatred and bigotry in any form must be dissected for root causes, examined for spaces of ignorance and discussed so that humanity has an opportunity to exist.

Though we must move in great haste, we must also move with love and grace.  We will not solve the ills of our nation by ignoring the displaced and dispossessed, nor by continuing to merely acknowledge privilege as the birthright of some.  Instead, we must be steadfast in our efforts to shift the paradigms of power and possessions that hinder the emergence of equity.  In fact, equity can no longer feel like the unwanted companion of diversity and inclusion.  The next decade must not be about seats at the proverbial table, but rather recognition that true change may take place in spaces where tables may not exist or simply don’t fit.  Now is the time to listen, now is the time to speak up, now Is the time to be seen, now is the time to look to your neighbors for answers to the questions, how do we ensure the best of America for all? How do we build the beloved community?

Equality and equity may seem like audacious goals, but I believe they are possible.  Democracy can be real, but it requires full participation.  The Beloved Community is possible, but it will require work, compassion and commitment. The time has come for shifts in our consciousness, our comforts, our complacencies and our complicit ness.  We are now poised to begin a new decade demanding a country that is on time for meeting its destiny, rather than too late for change to ever make it great.  My mother once said, “Struggle is a never ending process. Freedom is never really won, you earn it and win it in every generation.  Now is the time for us to stand together and fight for a more equitable and inclusive world where love is the preeminent force and everyone is treated with dignity and respect.

The Beloved Community: The Fierce Urgency of Now

Together, we can bridge the racial divide to build Dr. King’s dream of the Beloved Community. Join the King Center and our partner, Civic Dinners to learn how to host your own Beloved Community Talk in your own communities. 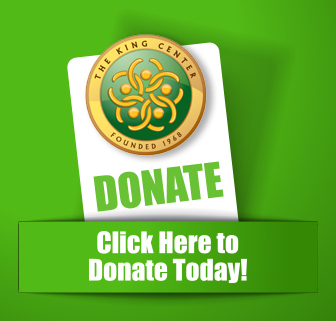 Join Our Beloved Community and Become a Bridge Builder 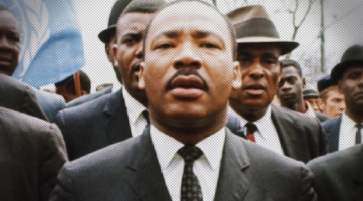